Our founder and CEO, Chris Reid, was recently interviewed by Education Briefing – talking about the biggest challenges and opportunities within the Early Years (EY) sector, as well as EY EdTech trends and what he enjoys most about his job! If you missed the original article, catch up below… 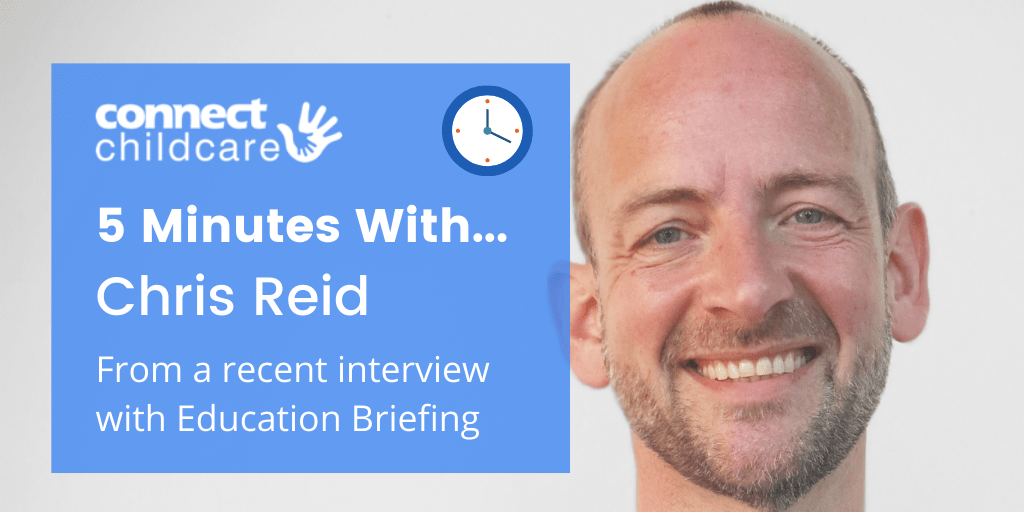 Tell us about your company, products and services.

Based in Lancashire, Connect Childcare is a nursery management software firm, which supports nurseries across the country with its fully integrated management, observation and communication software systems. Our award-winning products are designed to make nurseries’ administrative processes more efficient, so staff can spend more time developing children and provide the highest-quality childcare.

What have been the biggest challenges the Early Years sector has faced over the past 12 months?

In truth, one major issue facing the childcare sector, which continues to present challenges for the industry – is underfunding.

Massive underfunding from the Government means that the support it offers doesn’t cover the cost of childcare delivery. And given governmental aid represents 33% of a nursery’s income, this naturally causes huge problems.

From an EY point of view, nurseries are stuck between a rock and hard place, because if they’re not willing to take non-funded children, they run risk of their siblings not attending either. In essence, practices can’t afford to say ‘no’ but if they say ‘yes’, they’re effectively losing money.

Neil Leitch, chief executive of the Early Years Alliance has been lobbying the Government about this funding gap – estimated to be circa £824m.

Initiatives such as increased living wage and auto-enrolment pensions are also exerting more pressure on nurseries, as 70% of a practice’s income is spent on staffing costs. And, as the Government is the nation’s biggest purchaser of childcare, sustainability is therefore a challenge.

In addition, nursery groups have economies of scale – with larger providers being able to afford riding out financial difficulties. However, smaller nurseries and childminders – which don’t have teams of people looking at fee structures to ensure optimised staffing deployment – aren’t able to maximise return.

In the case of childminders, as one person is wearing all the hats – researching policy, tracking bills, collating photos and observations, plus completing learning journals – it’s tougher for them to dedicate time solely to childcare.

It’s this vicious cycle which is burdening the EY sector and is creating a gap in the industry that’s getting harder to bridge.

And what have been the biggest opportunities?

Technology solutions have been a big support to the industry. There have been many opportunities for innovative solutions to the market, helping nurseries and childminders to improve communication with parents and streamline payments.

What is the biggest priority for the Early Years EdTech industry in 2020?

Both pre and during COVID-19, nurseries have been trying to improve communication flow and engagement with parents – for most, it’s still a key priority and remains a work in progress.

Maintaining a two-way communicative relationship with parents is vital for practices, if they want to be seen as a trusted childcare partner, and technology is allowing them to do this. Apps which help nurseries connect with parents and extend learning ideas outside the classroom are more important now than ever before. I think this tech integration will continue to be high on the agenda throughout the rest of 2020.

What are the main trends you are expecting to see in the market in 2020?

There are a couple of trends I expect to witness this year. Firstly, there will likely be a renewed focus at the larger end of the nursery market on optimising deployment of staff and tools that help practices recruit staff. As one of the biggest challenges within the sector is the availability of qualified people, this will be a welcomed advancement.

Additionally, technology will continue to become ever-more integrated into the everyday running of nurseries – both in and out of the classroom environment. As a result, home-learning will continue to play an increasingly crucial role in the child development process – with an upsurge in resources and apps that involve parents more in their infant’s learning journey.

What technology is going to have the biggest impact on the market this coming year?

I think it has to be the data analytics side of tech operations.

Currently, the Government and Department for Education (DfE) work to inform national policy by employing research teams to investigate a particular question or topic based on previous years’ data. This means that information from 2012 could be informing policy in 2017/18 – which isn’t an accurate reflection of the current market and its challenges.

Therefore, more technology and initiatives within EY will be developed, to try and capture information in real-time – using data from both the smaller and larger childcare providers – so the industry can drive frameworks from issues which are happening right now, instead of modelling it retrospectively.

Also, there’s more societal value when both ends of the market’s data spectrum are included in the findings.

Again, it comes back to data for me. Ultimately, using data to inform the DfE will be the key to unlocking further industry advancement and, in turn, child development.

Ultimately, to further advance children’s learning, professionals must have a holistic approach to their job, enabling more time to be spent with the infants in their care – instead of lengthy admin tasks. It’s in this sense that we’ll be talking more about EY EdTech and the solutions which allow practitioners to streamline previously manual process (e.g. staff optimisation or rationing).

Which person in, or associated with, the EdTech industry would you most like to meet?

I would love to meet with some of the senior decision-makers at companies such as The Lego Group.

While this isn’t specifically within EdTech, it’s vital to the EY sector, as ‘learning through play’ is such a crucial part of the education process.

Therefore, I’d love to find out what their vision is for extending learning through toys, their view on child development and how they think the future will look.

What’s the most surprising thing you’ve learnt about the EY EdTech sector?

I’ve been in the industry for over 15 years, so I’ve seen it change over time. Perhaps the most surprising thing I’ve learnt was in the early days, witnessing how unsophisticated the sector’s operations were. While things have advanced drastically, it was still a shock to see how much duplication of effort there was from nursery staff at the start – recognising this spurred us on to try and address and remedy this in our tech solutions.

It was unbelievable how many man hours nursery workers would spend in ‘file time’, writing daily diaries – usually eight per week – making document duplicates and filing them.

This is at the heart of what we do at Connect, we aim to streamline areas which are often neglected, such as staffing. After all, as 70% of a nursery’s revenue is spent on its employees, it’s crucial to have as many tools as possible which make colleagues’ jobs easier, so they have more time with the children in their care.

What’s the most exciting thing about your job?

Everything! I don’t think I could be working in a more important sector. I love knowing that what we’re doing is helping to shape the future generation – therefore, it’s important to make children’s learning as enriching and fulfilling as possible.

90% of a child’s brain develops by the age of two, so practitioners need to spend time with children to help them grow. This investment in children early on in their lives, improves life and career chances later on, reduces the attainment gap and, overall, contributes to fostering a stronger economy.

And what’s the most challenging?

There have been different challenges at varying points in my career.

When I first started the business, I wore so many ‘hats’ at once and we experienced rapid growth. Over six years, we’ve increased from 10 to 70+ staff, so I had to ensure that we had a process and procedure in place to cope with this evolution.

Bringing new teams into the business meant that departments advanced at different rates. Consequently, one of the biggest feats has been working out how to grow a business while maintaining a strong culture and alignment to a shared company vision.

What’s the best piece of advice you’ve ever been given?

Everything takes longer than you think it’s going to, but it’s important to accept it and be at peace with the fact – it will all come good in the end.

How is EdTech supporting Child Development at home during Covid-19. 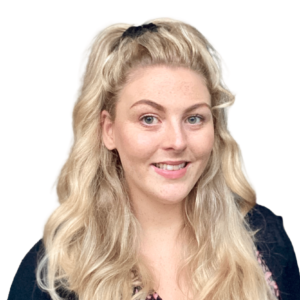