Easter is a time of year that young children will associate mostly with chocolate bunnies and egg hunts – however, it is also the holiest day in the Christian calendar. The challenge of teaching early years children about Easter in an easy to digest way is one many practitioners face; which is why we want to step in with some helpful ideas this year.

How much will a child understand?

The first question you must ask yourself as a nursery practitioner or parent is how much your child will understand about the death and resurrection of Jesus Christ. To teach an early years child about this difficult concept might be a little complex, however, it is still possible to get an early years child to understand the message of love and understanding that comes at Easter.

Waking up one morning, Mary Magdalene and two of her friends walked toward the place Jesus Christ had been buried a few days earlier. They felt sad due to his passing.

As they walked together, the women wondered who would be strong enough to roll the stone in front of the tomb. This was a heavy rock, so it would be hard for the women to move.

As they approached the tomb, the stone had already been rolled, revealing an open and empty tomb. Jesus was no longer inside.

The women were confused, but a man approached and told them “Do not be afraid. Jesus is not here. Go and tell Jesus’ helpers that He is alive.”

They found two of Jesus’ helpers, Peter and John and told them of the news. The men were shocked and followed them back to the tomb to investigate.

“Why are you crying?” she heard someone ask. Mary did not know that the man speaking to her was Jesus. He spoke her name. “Mary,” He said.

Jesus stood before her, and she was happy!

When telling the story of Easter to children for the first time it’s important to keep it simple. Although this version misses out on details such as his crucifixion – it shows the meaning of Easter which is love, new life, and new beginnings. It is important not to scare children when telling the story – hence why keeping the details of his death out of it can be helpful.

One great way to show the story to a child is by using a storyboard. There are many templates you can find online and you can even print off storyboards for children to colour in.

This Easter, helping children to understand the biblical significance of Easter alongside the bunnies and Easter Egg hunts can be a wonderful thing and will broaden their understanding of the world around them. 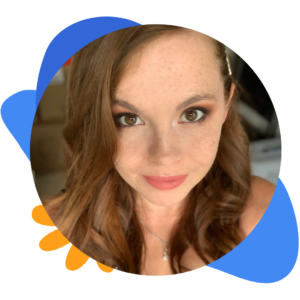