The UK Childcare Survey: Our Thoughts

As an organisation that works closely with nurseries on a day-to-day basis, we’re committed to supporting the industry in achieving acknowledgement and action around the issues placing pressure on the childcare sector.

Partnering with Cairneagle, an international strategy consultancy and instigator of the 2022 UK childcare survey, we’re helping to draw attention to the current state of the profession — sharing our thoughts on some of the most topical outcomes of the latest research.

Here, we delve further into the key themes, sharing our CEO, Chris Reid’s, thoughts on the action that is still needed, if we are ever to see positive change.

Despite conversations around staffing issues being at the forefront of the industry for many years, according to the survey, it remains the number one difficulty for nurseries — with several factors exacerbating the problem.

Despite being early years educators, childcare practitioners are poorly compensated when compared with their contemporaries in mainstream education. Often paid little more than the minimum wage, those working in supermarkets often find themselves on higher salaries.

Whilst the role inspires a great deal of joy from those who are passionate about nurturing child development, there is also a significant amount of stress involved —as practitioners navigate the notoriously complex period of emotional development that characterises the early years. This is in addition to heavy admin, that takes them away from supporting children through important milestones. As a result, practitioners often choose to leave the sector for roles in less pressurised, more highly paid, industries.

While ‘free’ childcare for two, three, and five-year-olds is greatly received by parents, it often results in nursery providers being paid less by the Government than the cost of delivery. As such, they have very little ability to increase wages in order to remain competitive. This is compounded further by the current staff/child ratios which are expected to increase further.

Touting potential savings of £40 per week in parental fees is another handy benefit for families, but assuming these cost reductions are passed on to parents, it once again leaves no additional revenue to cater for wage increases.

Whether temporary or permanent, a lack of qualified practitioners has meant that over half of survey respondents had to close rooms or reduce intake. This decreases profitability, further creating a vicious cycle for early years settings.

The only alternative is to bring in agency staff — an expensive option — which has a further negative impact upon overall earnings.

So, what’s the answer?

Unfortunately, aside from awarding the sector the significant investment that it deserves, there isn’t an easy resolution to these issues. However, the following suggestions would go some way to alleviating them.

Despite the important role nursery workers play in nurturing youngsters, they are often viewed as ‘babysitters’ — rather than educators on a par with the wider primary and secondary sectors. A shift in perception would not only aid in recruitment but would provide a rationale for a higher paid entry point into the industry.

While making childcare more affordable and accessible has multiple benefits – such as encouraging parents back into work and aiding the economy, all while improving educational outcomes for children — the patterns of attendance encouraged by such moves aren’t optimal.

Long childcare periods are commonly considered to be less effective than shorter, less intense sessions of education. However, leaving children in the care of practitioners full time arguably contributes to the perception of them as ‘babysitters’, rather than education professionals.

Ultimately, while there are a number of areas which can be improved, funding rates need to increase to support the most positive outcomes — for children, parents, practitioners, and nursery owners alike.

As the largest purchaser of childcare in the country, the Government must make it a priority to contribute what it actually costs to deliver an effective and enriching childcare provision. Alongside a reprofiling of childcare as a fully-fledged profession, this represents the best chance of achieving the ultimate vision for the sector.

But, unfortunately, without action, more staff will exit the sector — leaving many childcare providers with no option but to close their doors for a final time.

To read more insight from the Cairneagle report, view the results, here.

How Nursery Management Software Can Help You Retain Staff

With the staffing crisis showing no signs of improvement, retaining the practitioners that make your setting such a wonderful place for children, is more crucial than ever. This blog explores how nursery management software can help you retain your staff.
Read Now 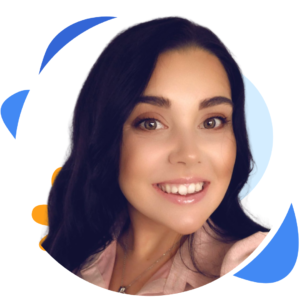